Some vegetables just look so… Cool. Or do I mean weird? Kind of a great still life, but… does anyone really know how to cook them? Or even what they are? 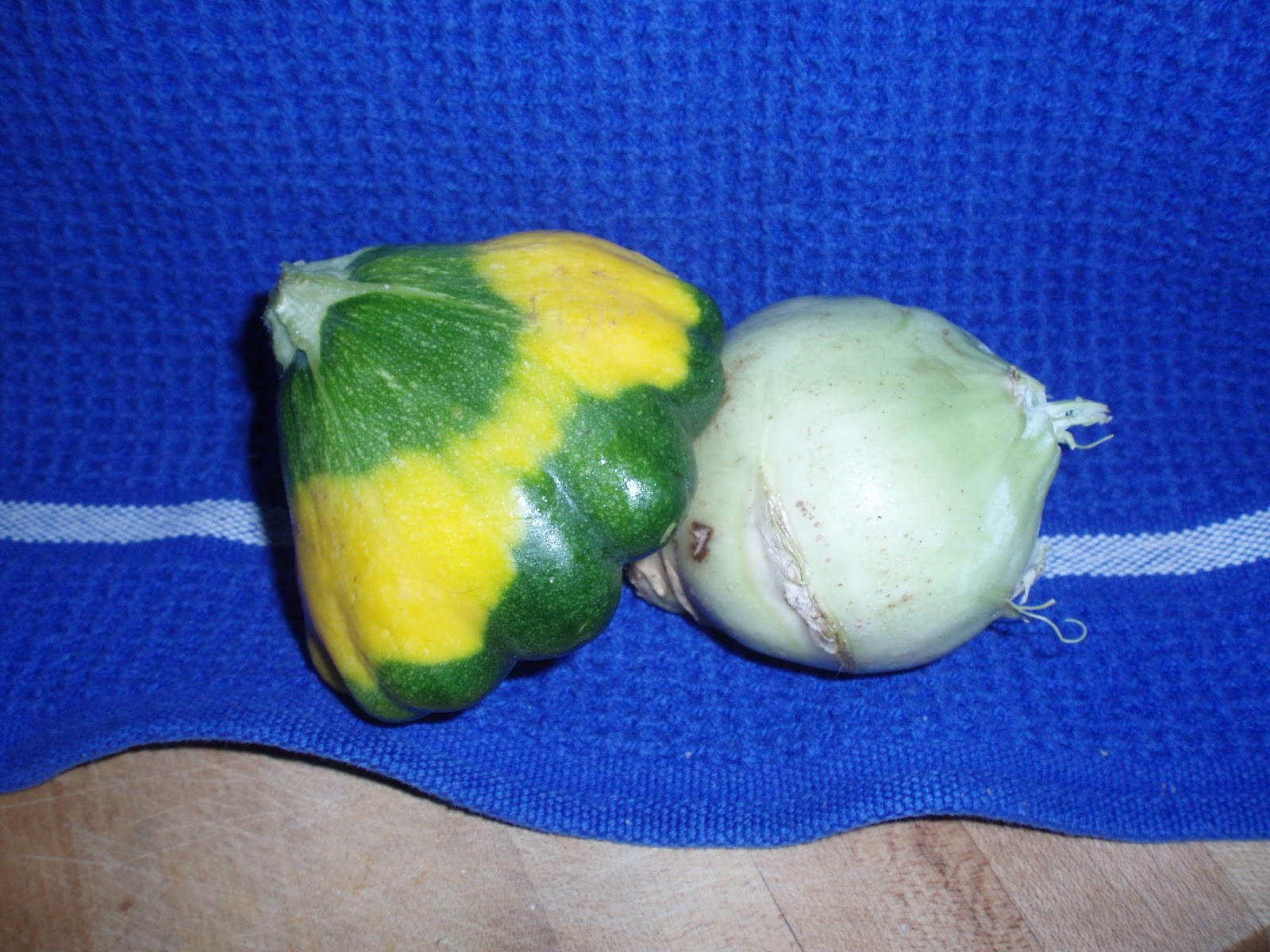 And are we sure they’re not some alien life form? All right – I’m going to date myself, here – child of the Sixties that I am, that picture looks to me as if those things landed from outer space to sit on my dish towel. (Though they’re a bit more colorful than most pictures of UFOs I remember seeing… let alone real space capsules.) 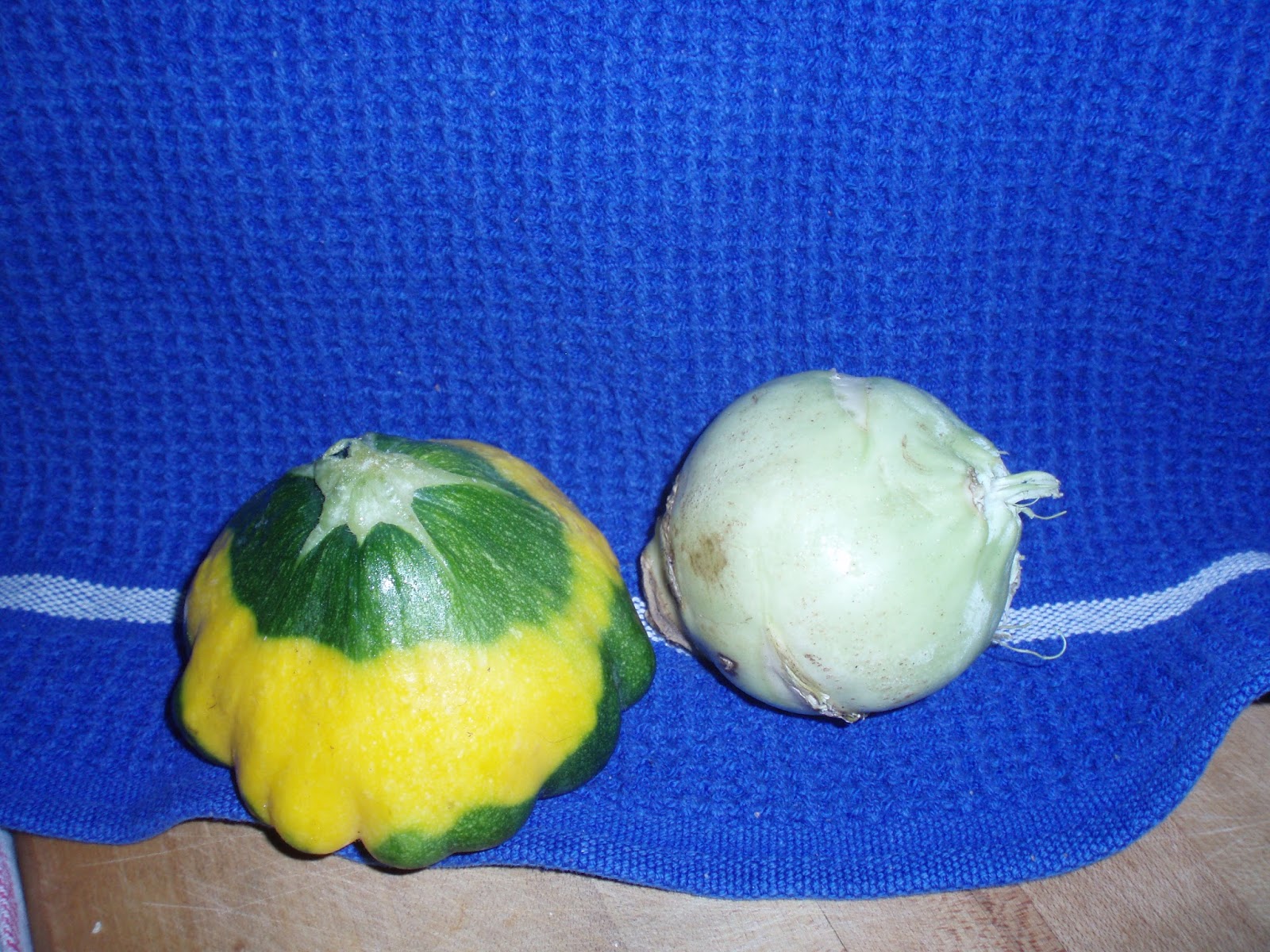 The Flying Saucer – on the left – is a patty pan squash. It’s a regular summer squash, just like zucchini, or crookneck. Just cut it up and cook it the same way. No, I do not have pictures of a suggested way to cut it – I’ve never found a way I was particularly pleased with – just hack it into chunks. 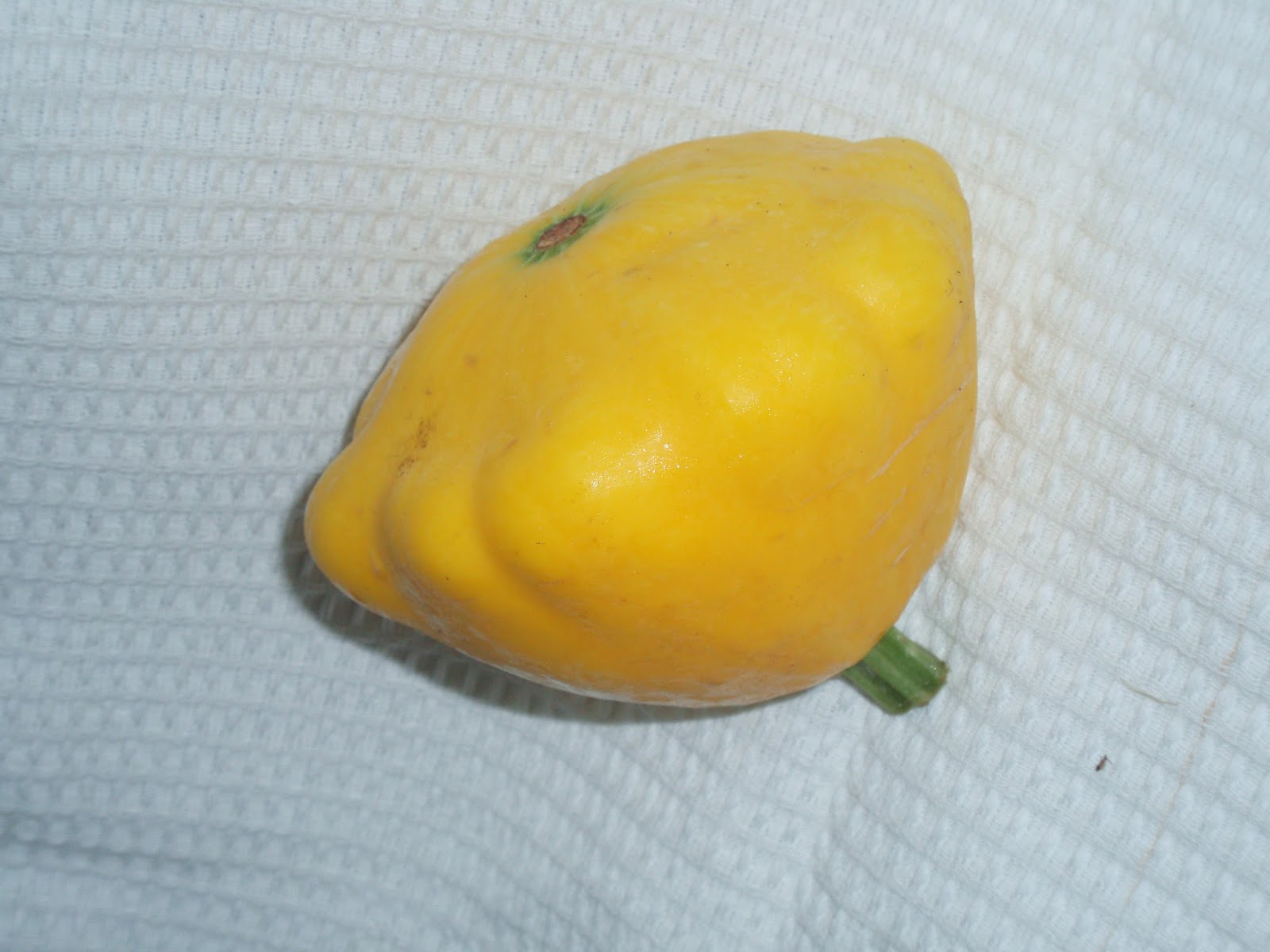 If you get some that are small enough, they can be cooked whole, and that’s really attractive. I was even served them as an appetizer at a very nice wedding, once! Specialty stores do sometimes sell baby squash (at a premium, of course) for the purpose. I have not had luck with cooking a standard one whole – the outside seems to get soggy before the middle is done. One of these days, I’ll experiment with stuffing one, as people stuff large zucchini, but I’ve never really stuffed vegetables much, so don’t have anything yet. I can see it being a very nice presentation, though…

Sputnik, on the right (no, I don’t actually remember Sputnik, but it was part of the general culture of my childhood) is a kohlrabi. Actually, the stems have been snapped off this one – the resemblance is much stronger when it still has stems sticking out at all angles! And they come in purple, too – one of the farmers here had piles of green and purple ones all winter. 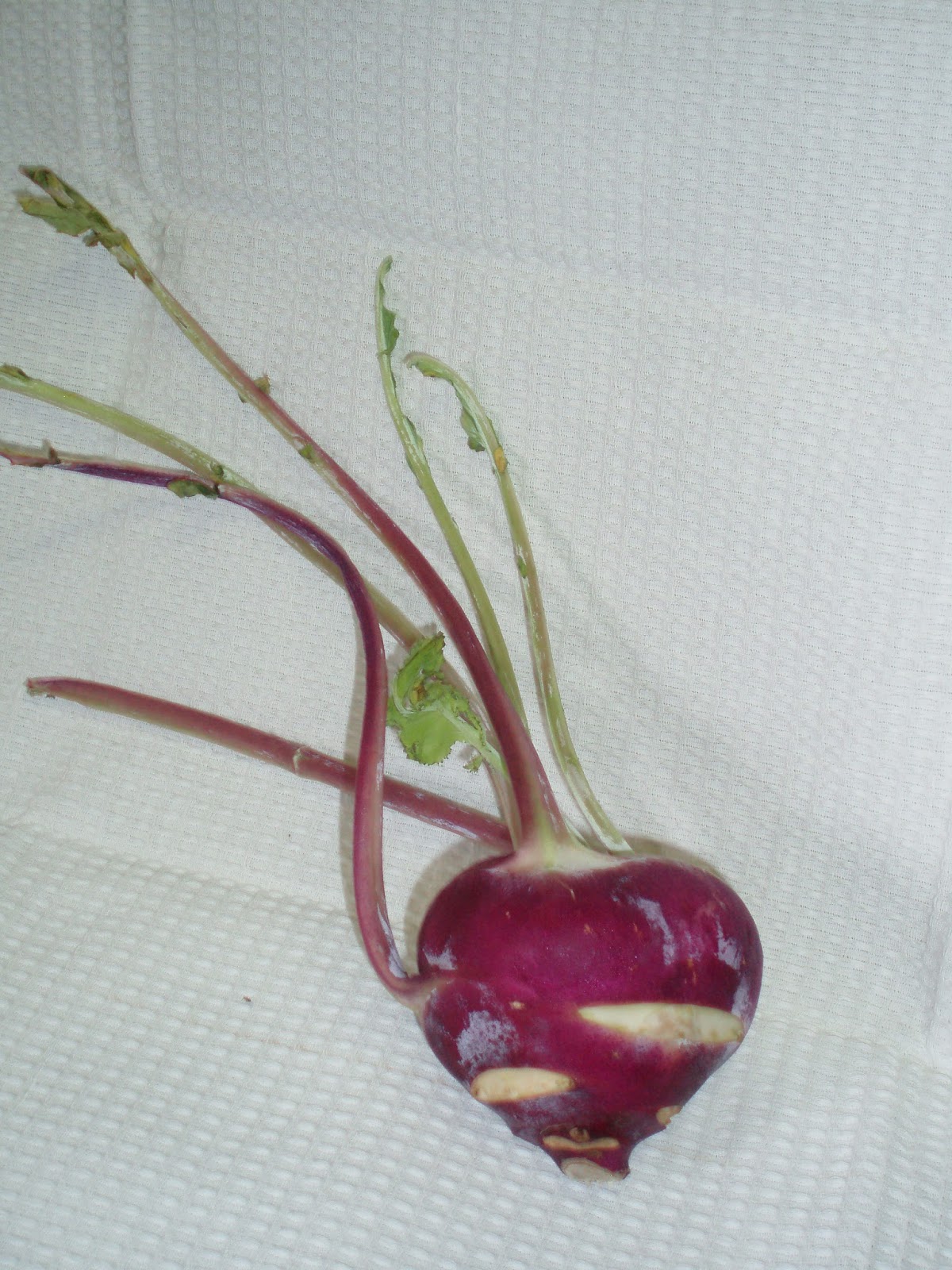 Five years ago, I’d heard the word Kohlrabi, but could no more have told you how to cook it than, in fact, how to build Sputnik. I was walking past them at Greenmarket… and then I got some, at the CSA. Time to learn.

Well, I was missing out.

It’s almost two different vegetables. Now, in Summer, the kohlrabi I’m getting are young and tender, crisp and juicy, and I cut them up raw for salads. They have a very slight bite – much less than a radish, but enough to be interesting, and they are very pleasantly crunchy. As the year goes on, though (and as we move out of salad season… see, it works…) they become harder and more fibrous, and need cooking. A light saute at first, and then, in winter, I simmer them as I would a carrot. 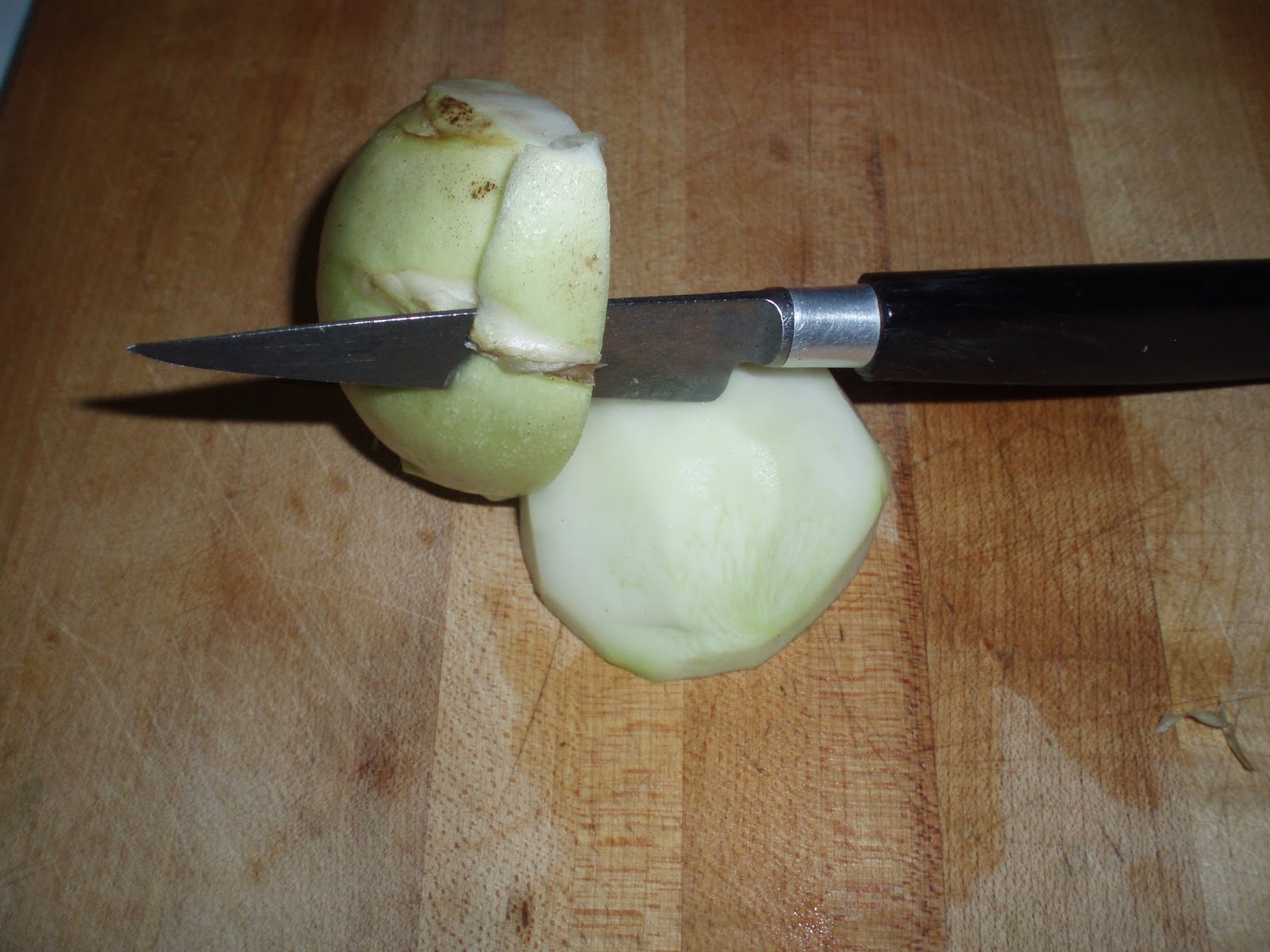 Even the young, tender ones need to be peeled, though. I’m normally all for scrubbing vegetables instead of peeling them, as so much of the nutrition lies in or just under the skin, but some peels are just inedible, and this is one.

I can’t even use my swivel peeler for a paper thin paring… this peel is thick and tough and fibery, and if it gets into your dish, you find yourself spitting out stringy bits – very unpleasant. Luckily, once you cut it, the peel is quite visible – no guesswork needed. It is a darker color, and the tender center is very pale. (And the purple ones are only purple in the peel – the middle is very pale green.) 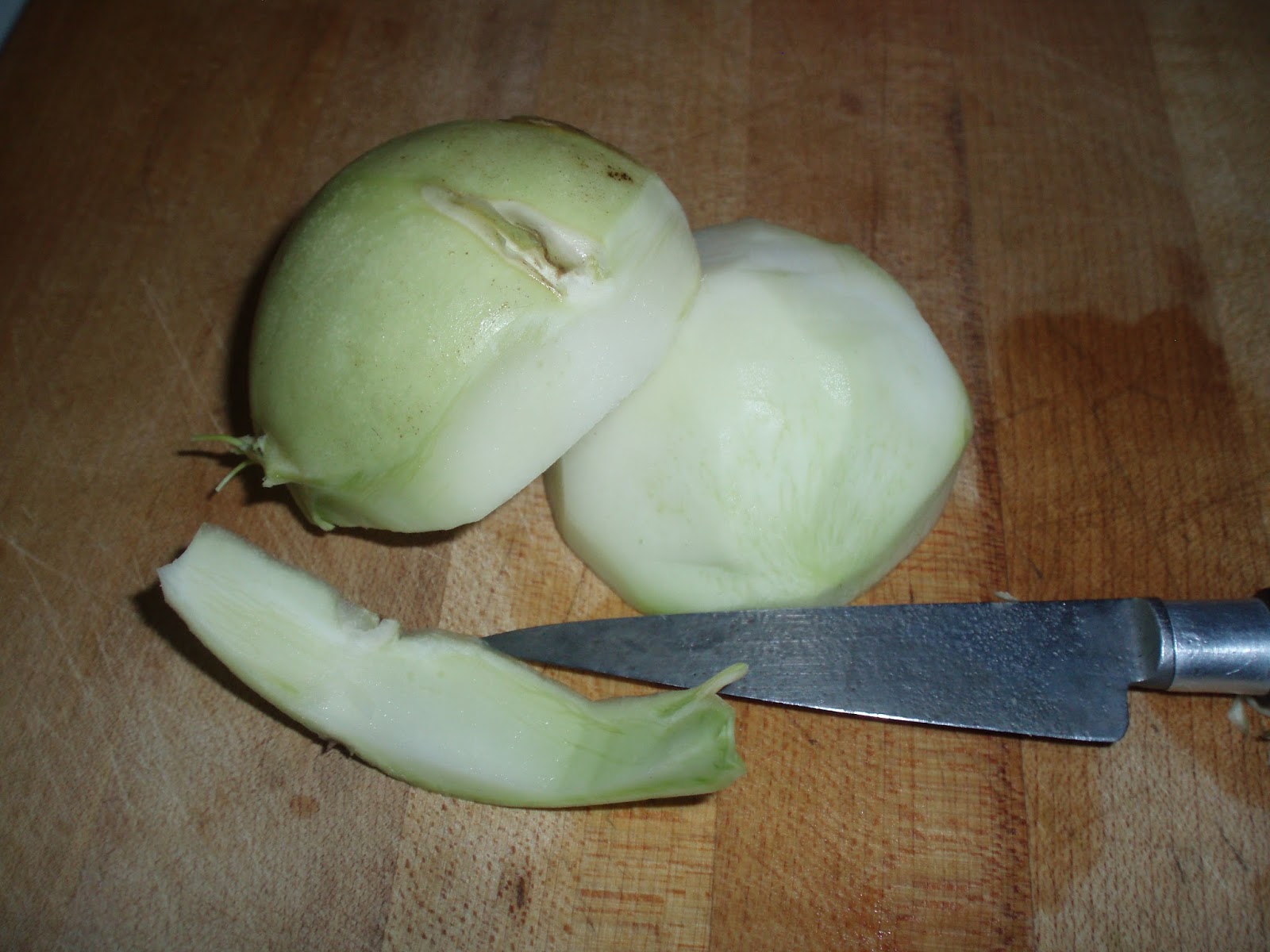 Once I peel them, I just cut them in cubes or rectangles – again, rather like carrot sticks. Right now, the texture is more like a very juicy radish, so I want them bite sized for my salads – not a thin slice, but enough to crunch. A half moon shape would be fun, too, if you have some small enough.

What vegetable have you seen at the market (or gotten at the CSA!) that intimidates you? Or that you just don’t have a clue about… what is it, how do you cook it, will you even like it??? 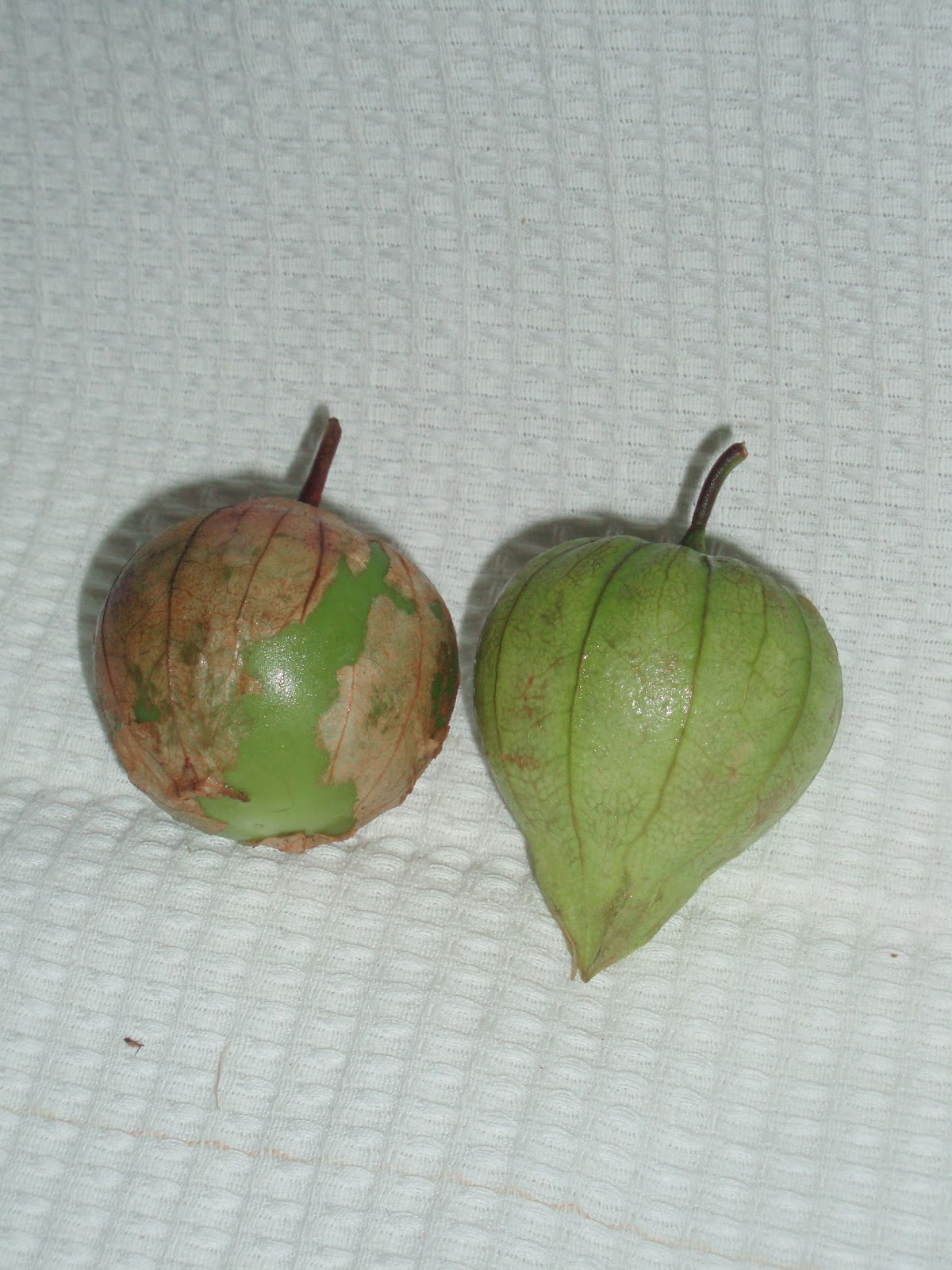 I now must go forth and venture where, well, where *I* have never gone before, though many fine cooks have… the tomatillo. I just saw an intriguing recipe on another blog – Not Eating Out in NY . It is, logically, perfectly seasonal here – but I’ll probably tweak it… my CSA doesn’t give me many beans.  (Eggplant, now… I wonder what it would be like with eggplant…) But, for the first time, I feel I can make something other than salsa verde.